How have the events of 2020 changed sleep habits in the US? We spend on average a third of our lives sleeping and most experts agree that the secret to success, whether in life or business, is getting enough sleep.

2020 has been an extremely difficult year for many Americans. From the global pandemic, turbulence of the economy to the impending presidential election in November.

With sleep an important part of everyone’s life, how has it been affected by the events of 2020. Let’s take a look…

How are Americans sleeping?

Studies suggest the average adult needs anywhere from seven to nine hours of sleep every night to maintain a healthy lifestyle, with government guidelines recommend a minimum of 7 hours of sleep per night.

What is affecting our sleep?

With so many Americans losing sleep, we asked various questions about what was keeping them up at night. The obvious response that the active global pandemic has kept many people up, with 80% reporting that worrying about the potentially catching Covid-19 has affected their sleep in some way.

The various knock on affects of the pandemic has led to additional sleep loss. With 27% of Americans have greatly affected sleep patterns over schools reopening during the pandemic. And 26% suffered a lot of loss of sleep worrying about the economy following the largest GDP drop in history. 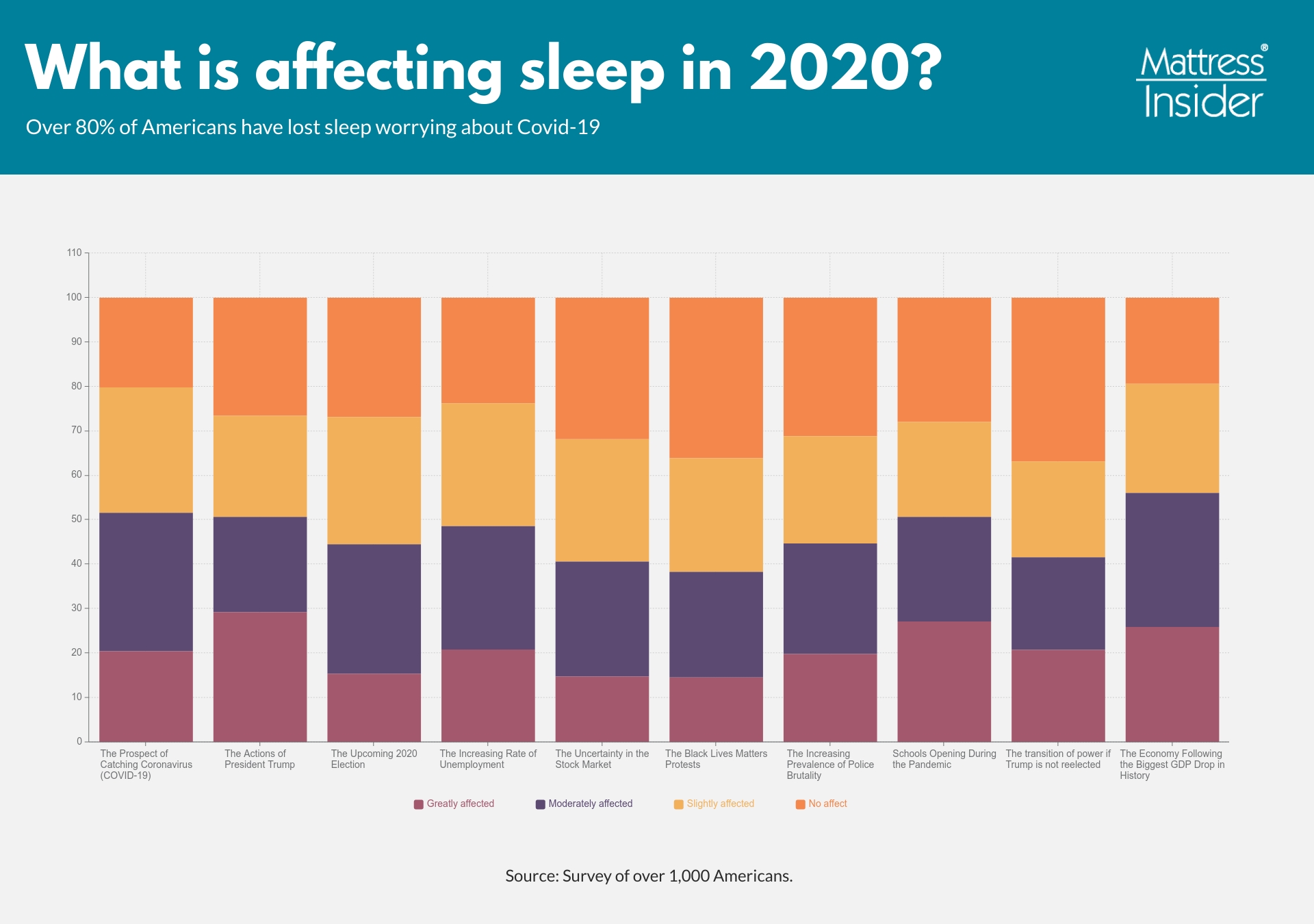 Somewhat related to the pandemic, but also not, the highest individual cause of the highest loss of sleep was reported to be “The actions of President Trump” with almost 30% of Americans reporting losing a lot of sleep because of his actions. Women have been affected more than men with loss of sleep in 2020, however both sexes are getting less sleep than they were at the start of the year.

This may not sound like much, but adds up to over 100 hours over the next 12 months. With 75% of states reporting lower average sleep per night, it highlights the problem is nationwide.

Oklahoma currently has the lowest average hours of sleep per night, recording just 5.93 hours per night. Which is a drop of over an hour since the start of the year.

Alaskans are currently getting the most sleep, reporting on average 8.25 hours of sleep per night, still top despite a 15 minute per night drop since the start of the year.

How To Get Better Sleep

Here are some important habits that can help improve the quality of your sleep: 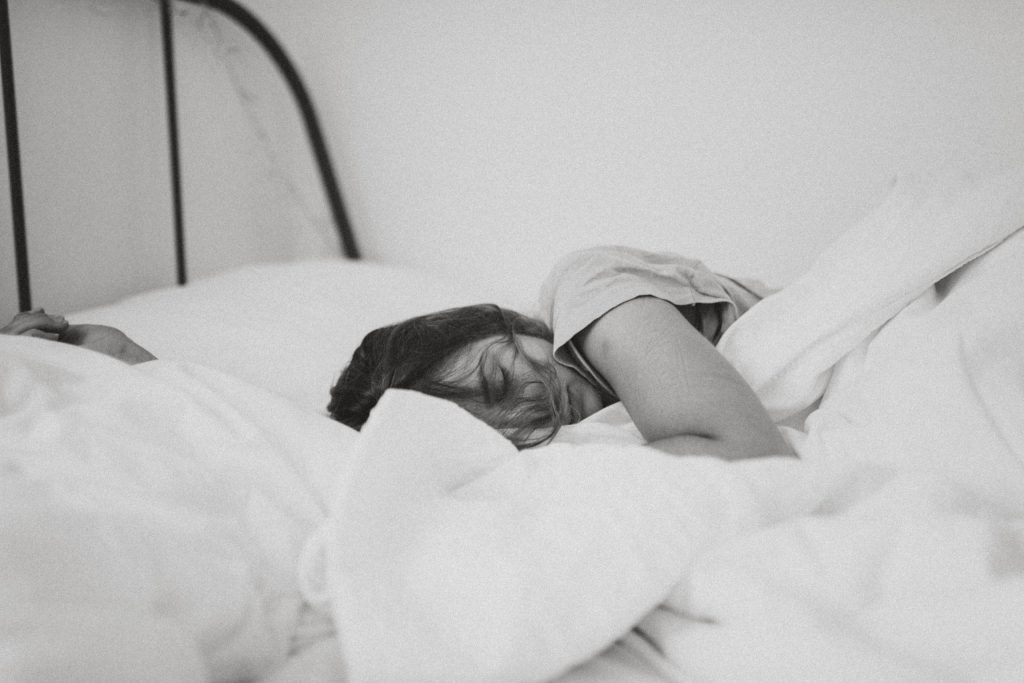 We surveyed over 1,000 Americans on various sleep-related questions. We then segmented their responses according to their self-reported demographic information to determine the findings above.

If you want to share this content with your audience, you’re welcome to do so. Simply provide a link back to this page to credit us appropriately.

For more information of the raw data or this survey, please contact Jessica@mattressinsider.com.