How To Beat Jet Lag: Our Top Tips If you’ve ever taken a long flight across multiple time zones and struggled to enjoy your first few days on vacation – wanting to fall asleep when you should be awake and feeling wide awake when you should be asleep – you’ve likely experienced jet lag.

In this article, we’re going to explore what jet lag is, whether there are any ways to prevent the disorder, and how to get over jet lag symptoms.

Whether you’re about to head on a quick round trip or an extended vacation, read on to discover our top tips for avoiding jet lag.

What is jet lag?

Jet lag, also known as ‘circadian desynchrony’, is a temporary sleep disorder that occurs when you travel across time zones and disrupt your internal body clock. You’ll likely experience some form of jet lag if you travel rapidly across two or more time zones.

As the name ‘circadian desynchrony’ suggests, jet lag is a circadian rhythm disorder. Our body’s circadian rhythm regulates our sleep-wake cycle and aligns with the light-dark cycles of our environment – which is why most people are awake and alert during the day and go to sleep at night.

When we travel quickly through multiple time zones, our body’s circadian rhythm becomes misaligned with the local time and can take a little while to sync with the light-dark cycle in our new environment. 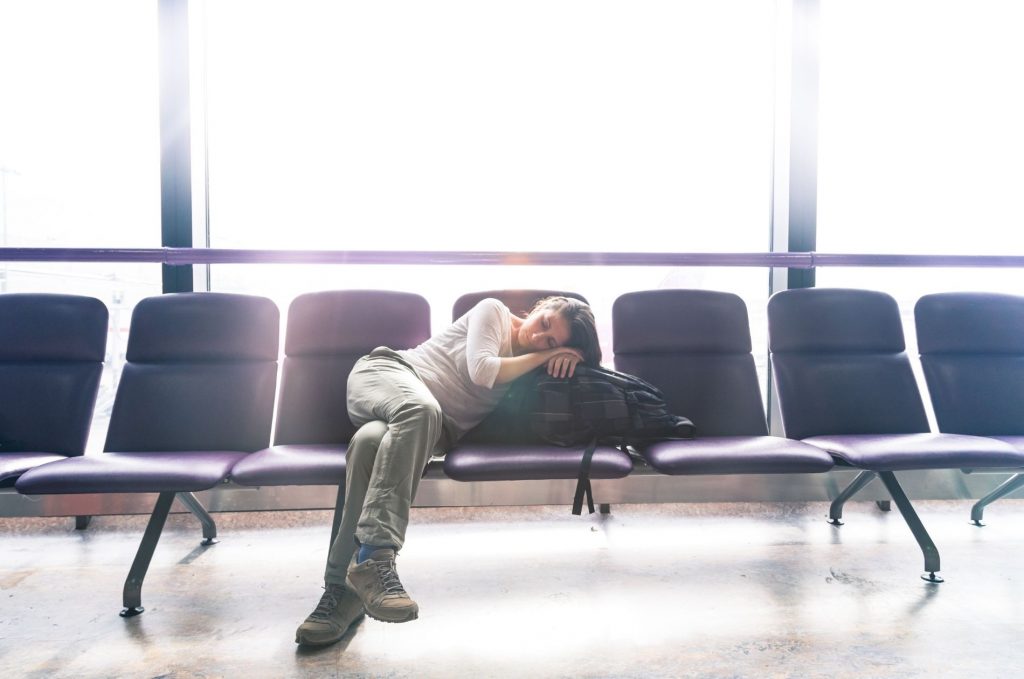 Certain factors associated with air travel can exacerbate jet lag symptoms or affect those traveling within the same time zone. These include:

Most people with jet lag will experience more than one symptom, but the actual symptoms experienced can vary from person to person. The same person may even notice different symptoms from trip to trip.

Here are some of the main symptoms of jet lag:

How long does jet lag last?

How long your jet lag lasts and the severity of your symptoms will depend on various factors, including how many time zones you traveled through, the flight’s length and time, and the direction you traveled in.

If you traveled east, your symptoms are likely to last longer than if you traveled west, as the body takes longer to adjust to eastward travel.

As a guide, keep the 1:1 rule in mind – for every time zone traveled through, you’ll need to allow one day to recover. So, if you traveled through three time zones, expect to feel the effects of jet lag for three days. But, as mentioned above, various factors come into play, and it can differ for everyone. 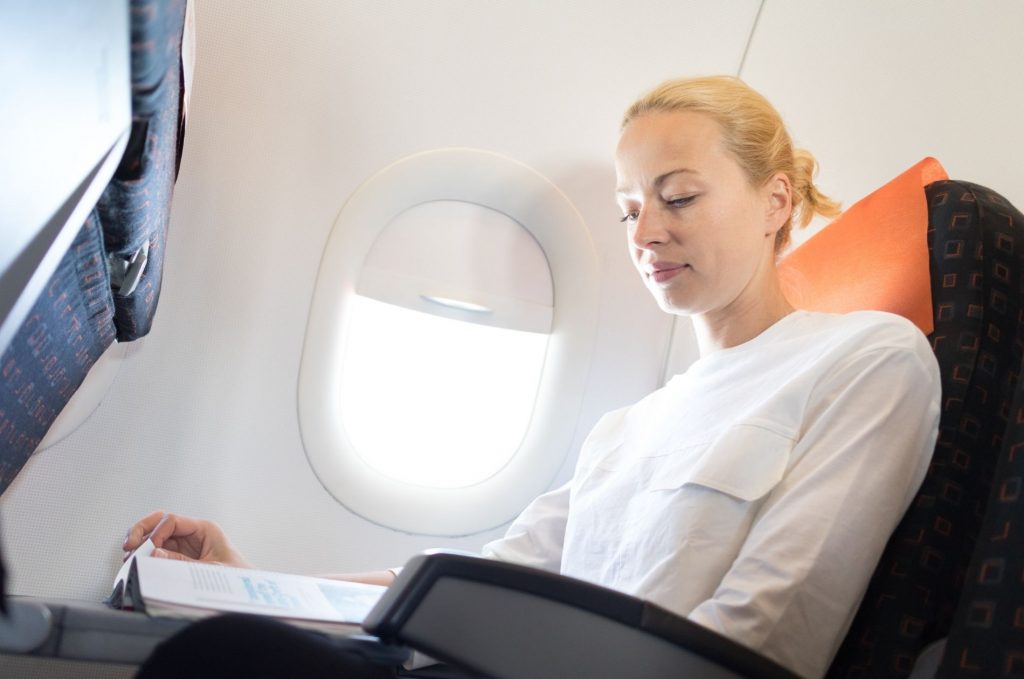 Why does direction of travel affect the severity of jet lag?

The direction you travel can determine how severe your jet lag is, the symptoms you experience, and how long your symptoms will last.

Generally, if you travel north or south, you won’t experience any jet lag symptoms* because you’ll be traveling within the same time zone. Jet lag symptoms usually occur when traveling east and west.

For example, if you travel east six time zones, from Chicago to London, and usually go to bed at 11pm; when you’re in London, you’ll be trying to go to sleep at 5pm according to your body clock. This is why it’s really helpful to re-adjust your body clock before setting off on your trip.

It’s also thought that ‘night owls’ may be less susceptible to the effects of jet lag from westward travel because they’re more able to delay their circadian rhythm and stretch their wake-up time to catch up on sleep.

*If you travel within the same time zone, you may still experience some jet lag-like symptoms, but this is usually due to tiredness from traveling and the air travel factors mentioned above, which can normally be remedied by a good night’s sleep. 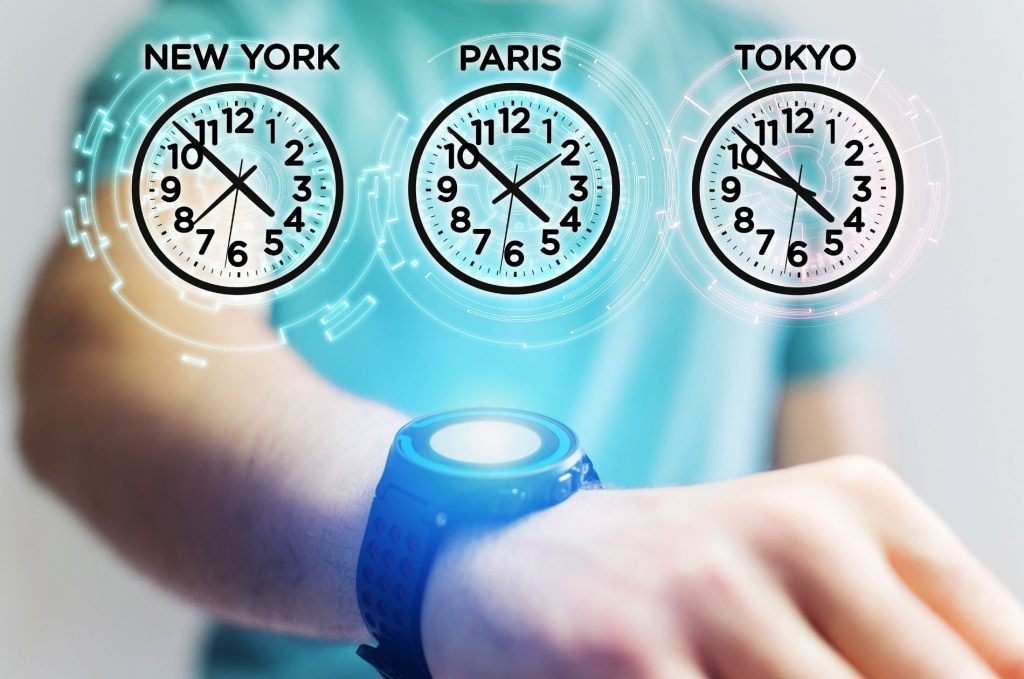 While jet lag is a temporary disorder for most people, there have been studies that indicate long-term consequences, including cognitive impairment, gastrointestinal disturbances, and a greater risk of cancer, infertility, and heart disease.

Those who regularly fly across multiple time zones, such as cabin crew and pilots, are at greater risk of these kinds of health problems.

How to avoid jet lag

If you’re traveling across multiple time zones, it’s near impossible to prevent jet lag entirely, but you can take steps to minimize the severity. 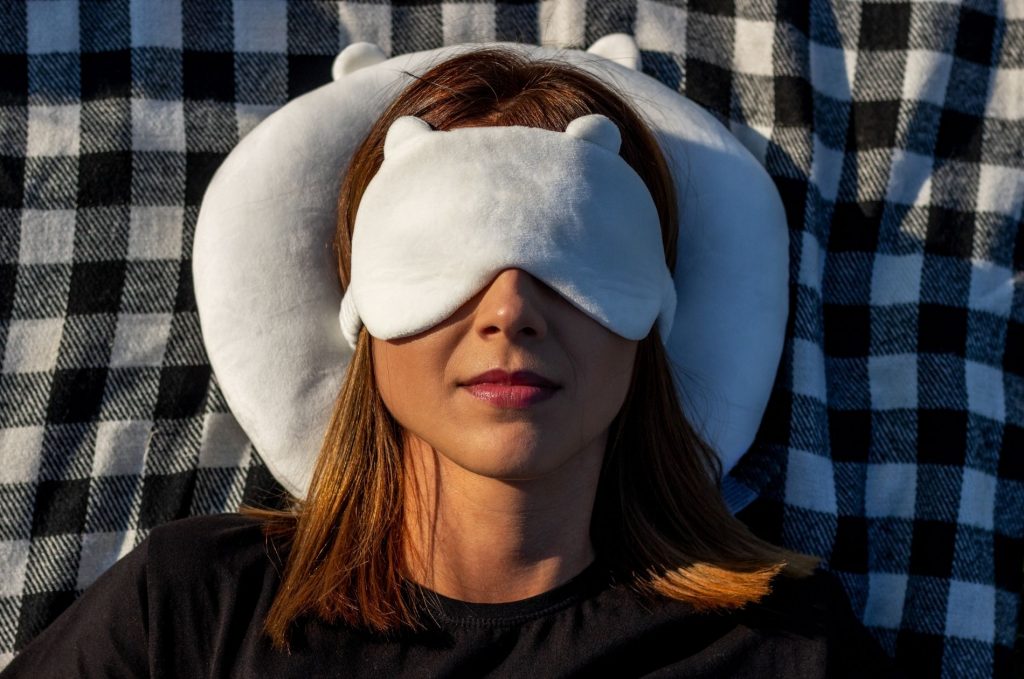 A few days before your journey, try to adjust your body clock by changing your sleep-wake routine to be more in line with the destination you’re heading to.

For example, if you’re traveling east, try to go to bed 30 minutes to an hour earlier each night in the days preceding your trip, and do the opposite for westward travel.

To help you determine when you should begin going to bed earlier, depending on where you’re traveling to and from, there are various apps and calculations that can help. Additionally, adjusting mealtimes to be in line with the pattern you’re likely to follow on your trip may help.

However, if your trip is only for a couple of days, evidence suggests that keeping to your home sleep schedule may be best.

Because light massively influences our circadian rhythm, research shows that light therapy can reduce symptoms of jet lag. In various studies, scheduled exposure to bright light has been found to speed up body clock adjustment after traveling to a new time zone. Try following a schedule in the days preceding and following your arrival for the best results. 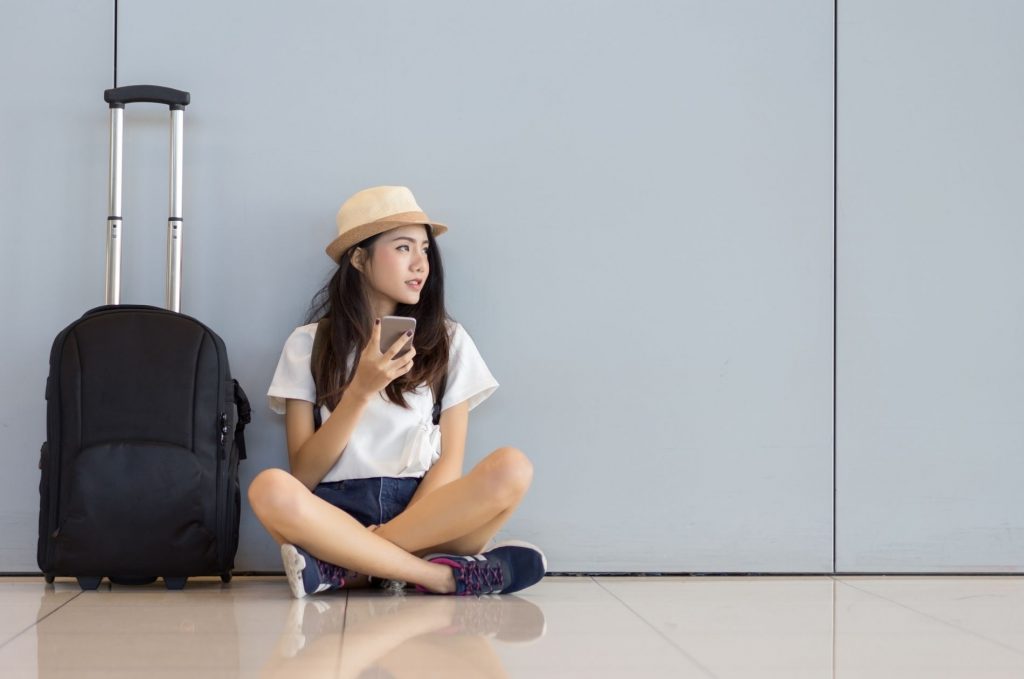 Get a good night’s sleep

Try to get quality sleep in the days preceding your trip – if you’re already sleep-deprived before hopping on your flight, this can exacerbate jet lag symptoms.

When booking your flight, it may be wise to think about the time at which you’ll be arriving. For example, research has shown that midday arrivals following eastward travel across 10 time zones causes fewer jet lag symptoms than morning arrivals. Some people also find that arriving in the early evening allows them to overcome jet lag as they can go to sleep as soon as they reach their destination.

When you’re on the plane, set your watch to the local time in the destination you’re heading to. This way, you’ll get your body used to the new time zone, and you won’t always be thinking about what the time is at home.

The low humidity level of air travel can dehydrate us, so be sure to drink plenty of water throughout your flight to stay hydrated.

Alcohol and caffeine can cause us to dehydrate and can also affect sleep quality if consumed a few hours before bedtime. Some advice suggests consuming caffeine strategically to enhance daytime alertness when traveling across time zones, but research remains inconclusive due to caffeine’s tendency to disrupt sleep. 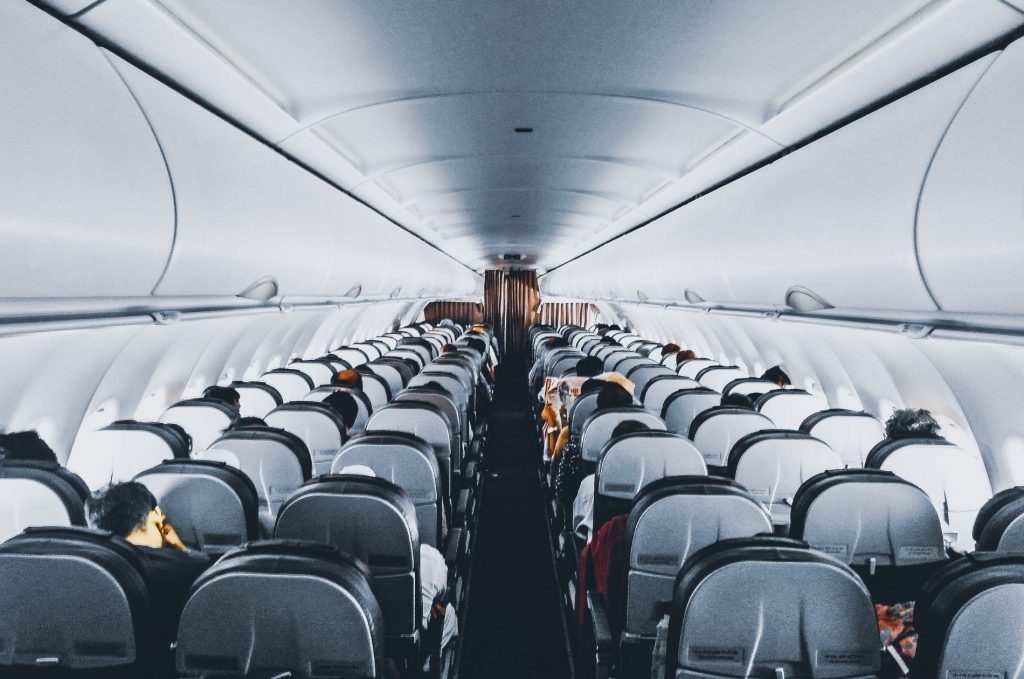 Melatonin is a hormone produced by the body that regulates our sleep cycle, telling us when to sleep and when to wake. When taken correctly as a supplement, melatonin has been found to reduce jet lag symptoms and improve sleep after traveling across multiple time zones. One study found that subjects taking melatonin took fewer days to establish a regular sleep pattern, to not feel tired during the day, and reach normal energy levels.

Only sleep in certain circumstances

While it may seem like there’s nothing better to do on a long-haul flight than sleep, this can exacerbate jet lag symptoms in certain circumstances. You should only sleep on your flight if it’s going to be morning when you reach your destination. If you’re due to land in the evening, avoid anything other than a short nap on the plane, as you’ll be less likely to fall asleep at local bedtime.

With air travel comes long periods of inactivity, so be sure to get up and move around the cabin and do some stretches during your flight.

How to get over jet lag

So, is there a way to beat jet lag? Or, do you have to stay tired and groggy for days until the symptoms wear off? Well, if you’ve followed the tips in the ‘how to avoid jet lag’ section, hopefully, your symptoms won’t be as severe as they could be. However, there are some things you can do to help ease your symptoms upon arrival at your destination.

The best thing to do when you arrive at your destination is see the light-dark cycle through. So, if it’s midday when you arrive, however tired you may feel, avoid napping and try to stay awake until it’s nighttime. If you really need a nap, make sure to keep it short and only do so if bedtime is eight or more hours away.

It’s no secret that exercise helps us sleep, so go for a walk and explore the local area when you arrive (even if you feel like a zombie). 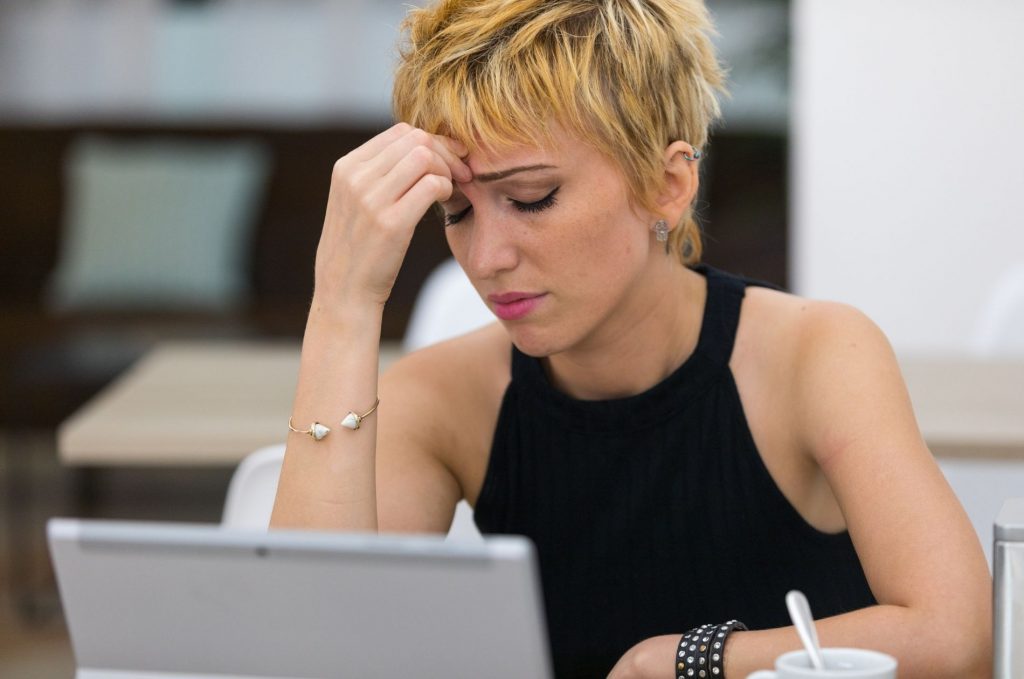 Now you’re fully equipped with the knowledge on how to prevent and overcome jet lag symptoms, you can enjoy the first few days of your trip with minimal jet lag side effects. In any case, plan to arrive at your destination a few days before any important events to ensure you’re at maximum alertness when you need to be.